You are here: Home / Employment / Millennials Confident For Future 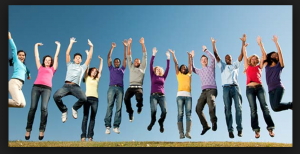 That group of Americans who became young adults just as the new century arrived – collectively known as Millennials in the current vernacular – are probably more job-savvy than their older peers and more optimistic about their role in the nation’s economy.

By 2025, they’ll make up 75 percent of the nation’s workforce. They see the future through rose-colored glasses and have confidence in their ability to find the job they want. They put a high premium on rapid advancement in their chosen field and they want to be well-paid for what they do. The necessity to repay student loans is impetus for some of their expectations.

Looking at their high degree of confidence, some of the economic experts are scratching their heads. The millennials came of working age right at the peak of the worse economic downturn in the country since the Great Depression. Perhaps, they reason, this generation came to the job market with more expectations that things could only get better after several years of recession.

The current job market seems to bear out their optimism. The recovery has been slow and spotty, but nationally, applications for jobless aid have fallen to a 15-year low, one of a number of indicators that suggest the United States is back on track.

The number of new jobs being offered is another sign that the Millennials will be able to keep themselves busy over the predictable future. In May, some 280,000 new job opportunities were posted by American employers.

The more robust economy has sent more shoppers into the stores. Spending for the month of May was up, an indication that workers are not so leery of what will happen next. Cheaper gas prices also added momentum to spending on other things.

Current trends seem to support the Millennial view that life will be good for those who will be the employment majority for the foreseeable future.