You are here: Home / Archives for Tax Tips

Thousands of Americans are deep in the throes of the annual tax report and looking for any deductions they can claim to lessen the ultimate load. The three most frequently used deductions include:

• Mortgage and investment interest. In the past, filers could claim interest for personal debt, but that is not an option any more. The exception is mortgage debt and you also can take an itemized deduction for interest related to investments. Tax reform also has reduced the amount of mortgage interest allowable from $1 million down to $750,000. Mortgage interest represents some 95 percent of the deductions claimed by taxpayers. That includes standard interest, mortgage points and mortgage insurance premiums. Home equity loan interest no longer fits into the deductibles list.

• Gifts to charity. This popular tax break underwent a lot of debate during the restructuring of the national tax laws. But the amount of charitable gifts ($222 billion, usually in cash or checks) and the popularity of the deduction saved it. On average, the typical taxpayer deducted more than 6,000 in charitable gifts in the form of cash/checks or donated vehicles, clothing or stock, for the last year that the IRS reported.

All over the world, one economic fact remains the same. The most rich people in every country continue to get richer and the poor share less of the wealth. Recent global statistics show that the wealthiest 1 percent of the population saw twice as much growth as those in the bottom half.

The middle class, which exists primarily in North America and Europe, has seen the most slippage over the past 40 years, according to the World Inequality Report 2018. While globalization of some industries has significantly raised incomes for hundreds of millions of people, particularly in China and India, that has been accomplished at the expense of manufacturing and other middle-income workers in the developed world.

The report is prepared by an international team of notable economists. In past reports, they have chronicled the increasing gap between the poor and the wealthy in the United States. The top 1 percent on the wealth scale held about 10 percent of the country’s wealth, the 1980 report showed. By 2016, that figure had risen to 20 percent. In Europe for the same time frames, the top 1 percent had gained less, showing just a 12 percent income share.

The researchers attributed the growing gap in the United States to less progressive tax policies. European countries tended to favor more support for education, which in turn enhanced earning power for the middle and lower classes in those countries.

The tax legislation recently passed in the United States will be most damaging to the country’s middle and low-income classes, most economists agree.

There are several reasons why you want to donate a car to charity when it has outlived its usefulness to you. But to maximize the tax benefit, you need to discuss issues before calling the charity to which you intend to donate.

Remember that you must itemize deductions if you want to claim a tax benefit. You could itemize even if the donation is your only deduction, but that may not be the best choice.

The donation must be to a charity that qualifies. It must be recognized by the IRS as a 501c3 or a religious organization. To determine if the organization you want to donate to meets these specifications, call the IRS toll-free number, 877-829-5500.

Only about 5 percent of donated vehicles meet the stringent requirements for use by a charity. About a third are junked and the rest are auctioned to benefit the charity.

You may be able to give a more substantial amount to the charity if you sell the vehicle and donate the cash. The goal is to maximize your tax deduction, so consider the possibilities and then make the move.

If you make your living doing on-demand jobs, defined by the Internal Revenue Service as an “online marketplace or application that connects free lance providers with customers,” you need to be aware that Uncle Sam will tax your income.

About 10 percent of the U.S. workforce falls into this category – some 14.6 million people. It’s a business and is regulated by the same tax requirements that apply to more usual businesses.

Set Aside A Portion Of Your Income

The smart thing to do is set aside a portion of your income through the year so the April l5 deadline doesn’t catch you by surprise. For instance, people who drive for Uber or Airbnb or otherwise routinely do jobs that are on-demand, may be considered independent contractors. They are likely to receive a 1099 form reporting their income, rather than a W-2. And since there is no automatic withdrawal of taxes, the individual is responsible for keeping track and anticipating tax charges.

Not only are these self-employed persons responsible for routine taxes, they also may be required to pay a self-employment tax, which has been imposed by the IRS as payment for Social Security and Medicare.

Anticipating taxes should prompt on-demand workers to keep track of possible deductibles. Drivers, for instance, can deduct the costs of car washes, providing water or snacks for passengers, etc. Accurate records will be invaluable when you sit down to fill out the tax forms.

Schedule C is the form you need to report profit and loss from business income. SE is used to compute the self-employment tax.

Some people add to their income by renting out their home for special occasions. Think Super Bowl. They may realize big bucks for their efforts, but the income is taxable. A one-shot rental is not taxable, but two or more triggers taxes. If you rent your home out for 15 days or longer, you must start to report the rental income and the particulars associated with the rental, such as deductions for utility expenses, etc. That means you have to separate your own expenses from those associated with the rental.

Making estimated tax payments through the year will help fend off the shock you might experience when it comes time to file.

More information is available through Publication 334, the IRS Tax Guide for Small Businesses. Publication 527 focuses on rental income and expenses and Publication 463 offers guidelines on the use of your vehicle for business purposes. 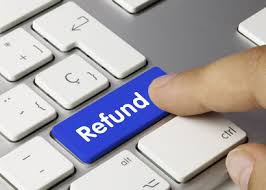 It’s time to prepare your 2015 taxes. More than 70 percent of America’s taxpayers can look forward to a refund on the money they paid into the system last year. If your tax return is fairly simple you can use a tax calculator 2015 to calculate your returns.

Last year, the IRS sent 109 million refunds to happy tax filers, averaging $2,797. This year, the agency anticipates 150 million filings. Most people will have until April 18 to file, three days beyond the usual April 15 deadline because Emancipation Day falls on the 15th.

Consistent with the season, the grumbling has begun. The IRS has cut back on some customer services and getting copies of old filings may take longer. Concerns about identify theft also are rampant. The agency suggests that taxpayers with concerns go to the IRS.gov site before trying to make contact via telephone.

The IRS Get Transcript will be available for those who need a copy of a filing for a previous year, but they may wait longer, according to John Koskinen, IRS commissioner. Planning well ahead is the best approach, he said.

Serious ID fraud relating to Get Transcript last year has created roadblocks for legitimate taxpayers who need the service. Instead of being able to print out a copy of an earlier return, those who use Get Transcript now should expect to receive a printed copy in five to 10 days of their request.

Koskinen said the IRS expects to have problems with the service fixed during the current filing period, but it won’t be possible to print copies directly until new safeguards have been tested.

The problems relate to serious fraud activity last year from mid-February to mid-May. Some 100,000 Get Transcript accounts were compromised. More precautions are being taken by tax preparers and IRS agents to prevent fraud, he said. Better ways to authenticate a taxpayer’s identity are being put into place. New password protections have been added to private-sector software accounts. Minimum eight-digit passwords combining letters and numbers are being required.

The agency also is adding safeguards to protect taxpayers against people who make phone calls purporting to be IRS agents. New provisions passed by Congress in December include authorization for the IRS to use private debt collectors to get payment from people who haven’t paid up yet. The program is expected to be working later this year. They may be making robocalls.

But until you receive a letter from the IRS saying that you will be receiving such a call, be wary of contacts purporting to be from the IRS. Rule of thumb: if you are surprised to be receiving a call from the IRS, you likely are not talking with the IRS but with a crook anxious to have your information.