You are here: Home / Archives for Banking / Check Writing

Americans are writing fewer checks than ever as more of them handle their money matters electronically. Even so, some 18.3 billion checks were processed in a single year in 2012. Many people still feel checks give them more control over their personal finances.

Ever wonder what happens to a check after you pass it on to a merchant, family member, utility or whatever?

What happens depends to a large extent on who receives it, with different routes if it is handed to an individual vs. a business. Though some businesses and individuals still deposit checks with a financial institution in person, most are processed electronically, economic experts report.

The checks are fed through a scanning device that takes pictures front and back. The image, along with metadata and account number, is then forwarded to the paying bank. Today’s scanners are designed with optical character recognition that reads the information on the bottom of the check and the handwritten or printed amount of the payment. Even small scanners can process about 45 checks per minute. Larger ones handle hundreds or even thousands in the same time frame.

For such a small piece of paper, a check contains a significant amount of information, at least nine pieces of data in most cases. They include the date on which it is written, the recipient, the amount of payment in both figures and words, a memo to specify what it is intended for, which is optional, your signature, the routing number, checking account number and the number of this single check.

The line of information at the bottom of the check includes numbers and symbols that give the bank routing and transit numbers, the customer account information and individual check numbers. In the business, it is known as the MICR line, an acronym for “magnetic ink character readable.”

Many smartphones have apps that can turn a paper check into an electronic image. They take pictures, via the phone camera, front and back of the check, and transmit the pictures to the bank when the check is deposited.

When a bank receives the image, the check can be processed or cleared, through the Federal Reserve Bank’s national clearinghouse, a regional clearinghouse or a direct connection between two financial institutions.

The number of checks processed in this manner has increased significantly. In 2006, 43 percent of them were scanned and electronically handled. By 2012, the figure was almost 100 percent.

What If You Lack Sufficient Funds To Back The Check?

It will be processed, again electronically, and returned to the back on which it was written. More than 127 million “bouncers” were returned to the bank of origin in 2006. Again, by 2012, the number had fallen by almost half, with just 66.4 million returned unpaid.

Although electronic banking will likely continue to make inroads into check transactions, it’s still a great way to handle your money affairs. 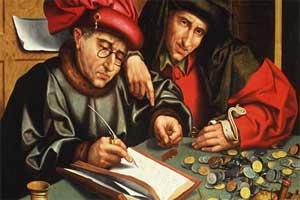 Although a pocket full of plastic has become the norm for many Americans when they shop and pay bills, the online sales of personal checks show that writing checks remains a very viable option for millions, the experts at coolchecks.net say. In fact, the country’s two largest producers of personal and business checks posted revenues in the hundreds of millions of dollars from sales in 2009. Obviously, it is too soon to say that credit and debit cards have nudged checks entirely out of the picture. Companies such as coolchecks.net are nowhere near ready to throw in the towel and they continue to provide a wide choice for those individuals and companies that find checks the best way to do business.

The 2009 annual report from Deluxe Corporation showed that more than 63 percent of its $1.3 billion in revenues came from the sale of checks. And Harland Clarke noted that 72 percent of its $1.2 billion in revenues was related to checks and other personal items. The Federal Reserve estimates that some 33 billion checks are written in this country every year—no small number.

There is evidence that Americans, dealing with a depressed economy, are now paying the price for over-use of credit cards They have racked up more than $1 trillion in such debt, a 25 percent increase in the past five years., the Federal Reserve reports. The experts predict that a return to personal checks may be one solution to this trend. The tendency to make a flip-of-the-wrist credit card purchase may be cooled by the necessity of actually writing the amount of the purchase on a piece of paper, they say. The immediacy of the deal cancels out that false sense that “I don’t have to pay until later” that accompanies a credit purchase. Many people find a canceled check to be a more tangible method of keeping track of finances.

And if checks online are your choice, they should say something about you. Being able to make a personal statement with every use is one of the good reasons to use checks. Coolchecks.net has hundreds of designs ranging from the simply classic to the Disney whimsical, with nature, hobbies and personal interests in between. And they come at prices that are up to half what a bank would charge. Check us out.