You are here: Home / Archives for Check Fraud 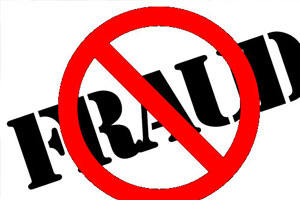 Check fraud is such a hot topic that Hollywood made a movie about it. The 2002 film, “Catch Me If You Can,” starred Leonardo DiCaprio as master fraud artist Frank Abagnale and Tom Hanks as the FBI agent who chased him all over the world. It was filmdom’s way of putting the spotlight on a problem that plagues real-life personal finances.

In the movie, DiCaprio’s character flitted across the United States and around the world using such cover as pediatrician, airline pilot, attorney and college professor to gouge a grand total of some $2.5 million out of unwary victims. He was caught, both in the movie and in real life, and spent five years in prison. Part of the agreement that set him free after such a relatively short term was that he would help the feds to combat the types of crimes he had himself so successfully perpetrated.

The switch from bad guy to good guy set him up as an authority and his crime prevention programs have been used by more than 14,000 companies, law enforcement agencies and financial institutions to protect their interests and those of the people they serve.

In an interview with U. S. News, Abagnale shared five tips for individuals to protect themselves against check fraud. Here they are:

1. Write as few checks as you can. The standard check provides such information as your name, address, often a phone number, sometimes your driver’s license number (In nine states such information is required by law, giving a fraudster near-direct access to your Social Security Number as well), the bank account number and routing number and a nice signature should he have a desire to replicate it. Use checks for making mortgage payments and paying bills, but be very chary of other uses. If someone wants to sell you a product at the door, use cash, don’t give him or her a tool to use against you.

2. Take special care at tax time. Ninety percent of those who owe Uncle Sam use a check to pay up and seasoned fraudsters are on the alert for such easily identifiable letters in your outgoing mail. They have only to modify the payee information and deposit. That benefits a criminal and puts you in hot water with the IRS.

3. Use secure mailboxes. Putting bill payments and other letters containing checks into the box at the curb or outside your door, then putting the flag up to alert the postman is an open invitation to anyone bent on fraud who happens to notice. Go to a post office or put the letters in a secured box for collection.

4. Treat checks and checkbooks like cash. Lock them in a safe place. Some people like the convenience of having some checks in the glove compartment of their car. It’s the first place people looking for money, credit cards, gas cards and/or receipts with your information on them will look. The smart ones will remove only the last check or two from a book, giving themselves time to use the checks before you notice you have any missing.

5. Balance your checkbook every month. It’s only common sense, but 51 percent of Americans don’t do it. Many fail even to open the statement and check the bottom lines. That gives banks an advantage in assigning responsibility — the criterion by which they decide if they will compensate you or let you eat the loss yourself. A federal law, Article 3, Section 406 of the Uniform Commercial Code requires that you notify your bank within 30 days of any discrepancies. If you don’t do it, the bank has no liability.

All good advice from someone who knows.