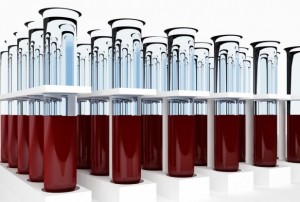 New, fast DNA sequencing technology may lead the way to what the medical world has long hoped for: a simple blood test that would detect cancer in its earliest, most treatable stages.

Confidence in the eventual widespread availability of such tests is being voiced in the medical community. For instance, Dr. Eric Topol, professor of genomics at the Scripps Research Institute, predicts that the DNA technology will become “the stethoscope for the next 200 years.”

Research labs around the world are studying the possibilities. The potential is based on the fact that dying cancer cells shed DNA into an individual’s blood. The amount is miniscule and is obscured by healthy DNA in the blood, so measuring is difficult. But the science holds promise for large-scale screening in the future.

Finding cancer early is the best indicator of successful treatment. In the United States, screenings such as mammograms and colonoscopies have marked clear success in curbing the death rates from breast and colon cancers.

The prospect of “liquid biopsies” would significantly increase the ability to find cancers early. The science also has prospects eventually to aid in treatment, since doctors would be able to pick a therapeutic drug based on the specific DNA mutation driving a cancer. That eventuality would make it possible to base treatment on simple blood tests rather than invasive biopsies.

Companies that produce fast gene-sequencing equipment already are anticipating a huge market ($40 billion is a figure bandied about) for their products..

But there is a lot of research ahead before valid claims can be made for the cancer-detection properties of the science. Because there are many types of cancer, the ability to detect the most common types will have to be proven. The researchers argue that if they can demonstrate success with common cancer types, the technology will go mainstream.

One Chinese physician deeply involved in the research has conducted a project with 20,000 middle-aged men in Hong Kong. The targeted form of cancer is nasopharyngeal carcinoma, a common type among Chinese men. Among the first 10,000 screened, the researchers found 17 cases of the cancer, 13 of them in the earliest, most treatable phase. Nearly all of those identified have been successfully treated with radiation. The typical survival rate is less than 70 percent when patients seek medical help based on advanced symptoms.

Such evidence of successful research gives hope to the eventual application worldwide. In the not-too-distant future, a blood test for cancer may be on the list of annual checkup items.