You are here: Home / Finance / Insurance / Health Coverage Up In The Air 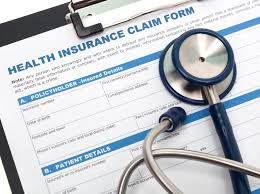 With President Trump hinting at dismantling President Obama’s Affordable Care Act health care plan, what’s the use of buying coverage now, even if you feel you need it?

The best reason is that health care is fickle. Today you may be able to get by and wait out the changes. But tomorrow you may be facing significant health care issues. That’s the nature of insurance of any kind. But with health care now being a huge consideration in your personal finances, it doesn’t pay to treat it lightly while waiting for the chips to fall.

If you are facing decisions regarding your own health insurance arrangements, make the potential for need the major factor, not the current haziness of what happens next in Washington D.C. It may take months or even years for the change in policis to settle out and you don’t want to risk a health disaster in the meanwhile, experts advise.

No changes are expected within the coming year, at least. The Republican-controlled Congress has indicated it will provide a transition period of a year or more, even if Trump should opt to repeal ACA soon after he is inaugurated. Congress also is toying with the idea of a replacement act that would significantly alter ACA. The future is too cloudy to base health care decisions on the “what-ifs.” Cutting funding now for the national program would leave millions of Americans without health care resources, and that’s a scenario even Trump may want to avoid.

More than 10 million Americans covered through HealthCare.gov and state markets that offer subsidized private insurance will see no changes. Also safe for the moment are those low-income persons covered by Medicaid.

The 2017 premium prices, which incorporate huge increases, were set months ago and have already been approved by the relevant agencies. Some people are looking at short-term coverage outisde the ACA exchanges. They generally cost less but also cover less. Those who choose this option are exposed to the possibility of being fined for being, to all intents and purposes, uninsured. But they are covered for major health expenses.

Those who are still uninsured when 2017 rolls along face penalties of $695 per adult or more, depending on household income. But the payment isn’t due until tax time 2018, and by then major changes in the national program may have taken effect. Trump has expressed particular opposition to this aspect of ACA.

The future is not clear, but your need for health care coverage is. Make your decisions accordingly.